“Due to the ongoing pandemic, Pet Shop Boys’ headline show at Release Athens Festival , Athens, Greece on Thursday 1st July 2021 has been rescheduled to Thursday 30th June 2022. All tickets remain valid for the new date”.

Release Athens 2021 welcomes Pet Shop Boys on Thursday, July 1st, at Water Plaza. Neil Tennant and Chris Lowe, the most successful duo in UK music history, are coming to Athens with their impressive “Dreamworld: The Greatest Hits Live” show, full of the most successful songs of their remarkable career.

More acts for this day to be announced soon!

The show is rescheduled from the same date in 2020 due to the corona virus pandemic. Tickets that have already been purchased are valid for the new date.

Ticket sales will resume today at 40 euros for General Admission. The next phases will be announced soon.

From the day they signed to Parlophone Records, Pet Shop Boys started writing pop music history. The numbers are staggering: 42 Top-30 singles, 22 Top-10 hits, 4 no 1s, 14 Top-10 albums (including the excellent “Hotspot” released in early 2020) in the UK and equivalent, if not even greater, success throughout the whole world.

It’s A Sin, West End Girls, Heart, Go West, Always On My Mind, Love Comes Quickly, Domino Dancing, What Do I Want To Deserve This, Suburbia, Being Boring, Can You Forgive Her, Left To My Own Devices, Se A Vida E (That Is The Way Life Is), are just some of the wonderful songs that have given us over the last 30 years.

With their live shows, during these three decades, they have created their own original style of musical theater, in collaboration with directors, designers and artists such as Derek Jarman, David Alden & David Fielding, Zaha Hadid, Sam Taylor-Wood and Es Devlin. In July 2016, they played an exclusive four-date residency entitled Inner Sanctum at the Royal Opera House in London about which The Independent stated: “Their career has perpetually shown that pop music and high art cannot only co-exist but surpass supposedly superior musical forms”.

They have performed over 700 shows in 63 countries, in front of millions of viewers. There have been headliners at major festivals of the last decade such as Roskilde, Primavera Sound Barcelona, Corona Capital, Latitude, Sonar Barcelona, Electric Picnic, Vivid, Way Out West, Bestival and many more, culminating with their epic appearances in Glastonbury, Coachella, Rock in Rio and Summer Sonic. Last summer, 1,600,000 viewers watched them perform at the BBC Live in Hyde Park, a record number.

In 2001, Pet Shop Boys wrote the West End musical Closer to Heaven with playwright Jonathan Harvey, and in 2004 they performed their soundtrack to the classic silent film, Battleship Potemkin, with the Dresden Sinfoniker in a free concert in Trafalgar Square. In 2011, Pet Shop Boys composed a ballet, The Most Incredible Thing, based on the Hans Christian Andersen story of the same title.

In 2012, they appeared before a worldwide television audience during the London Olympics’ closing ceremony. Two years later, Tennant and Lowe’s collaboration with Alan Turing biographer Andrew Hodges, A Man from the Future, received its world premiere at the Royal Albert Hall with the BBC Concert Orchestra, the BBC Singers and narrator Juliet Stevenson.

As composers, producers and remixers, Tennant and Lowe have collaborated, remixed and composed music for a wide range of great artists such as Dusty Springfield, Lady Gaga, Liza Minnelli, Madonna, David Bowie, Yoko Ono, The Killers and Girls Aloud.

On January 24th, Pet Shop Boys released their 14th studio album, “Hotspot”, which was enthusiastically received by audiences and critics, with “Dreamland” (feat Years & Years), “Burning The Heather” (with Bernand Butler of Suede) and “Monkey Business” already standing out. Their voluptuous electro-pop and Neil’s ever-so-bright lyrics are here again and on Thursday, July 1st, the night will be more colorful than ever!

In 2021, Release Athens sends the message “Release The Earth From Plastic” to all music lovers. Biodegradable / recyclable materials and alternative sources of energy will be used throughout the festival days – and wherever it’s possible. Let us all start by taking at least the first key steps to protect the environment and improve our lives. More information soon. 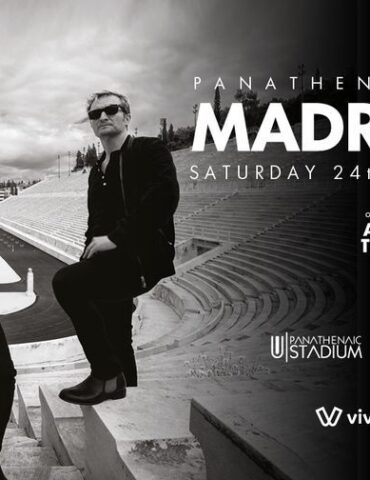 Sign up for the latest pucca news and updates

By signing up, you understand and agree that your data will be collected and used subject to our Privacy Policy